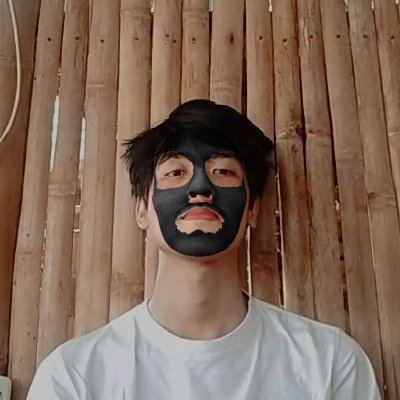 Notion is your superpower.

Notion is your superpower.

Read Thread
How @traf leveraged the power of simplicity to make 6 figures in 6 days, by selling an iOS icon pack. #MadeWithSimplicity 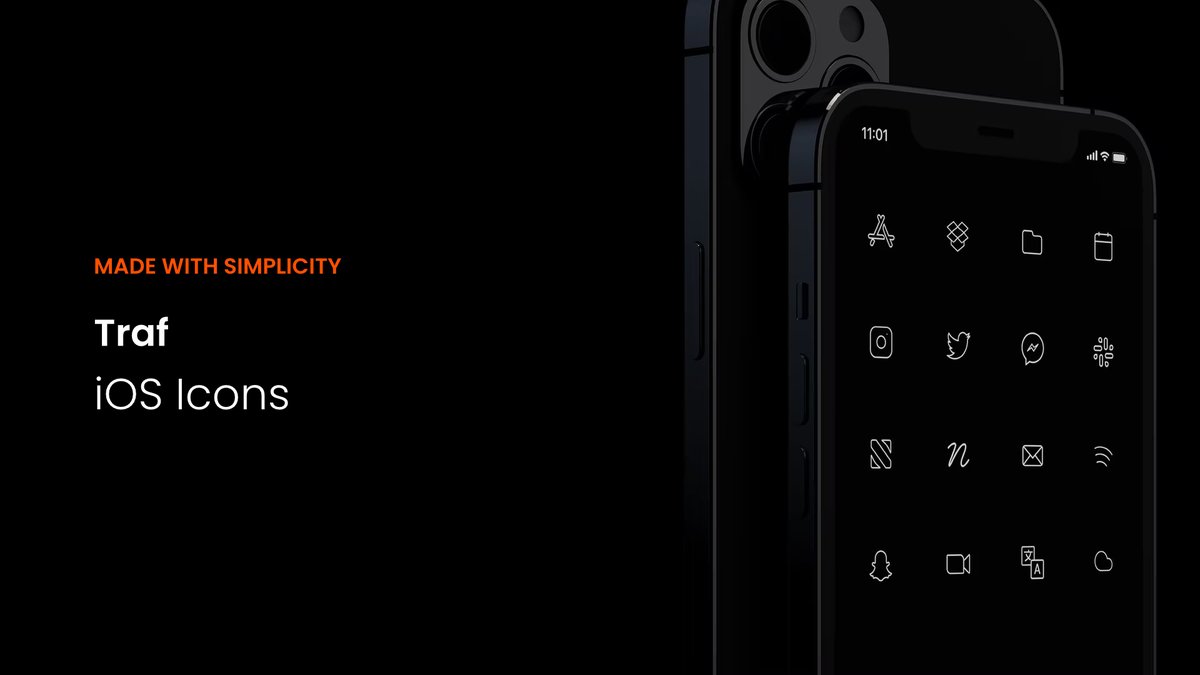 1/ Traf's Idea In September 2020, @Apple released its iOS 14 update with an interesting new feature. People could now customise their home screens with custom app icons.
Traf noticed many people were sharing screenshots of their customised screens on Twitter. He already had experience designing iOS icons, so he decided to put together a pack for himself. Traf posted his screenshot on Twitter and his tweet went viral. 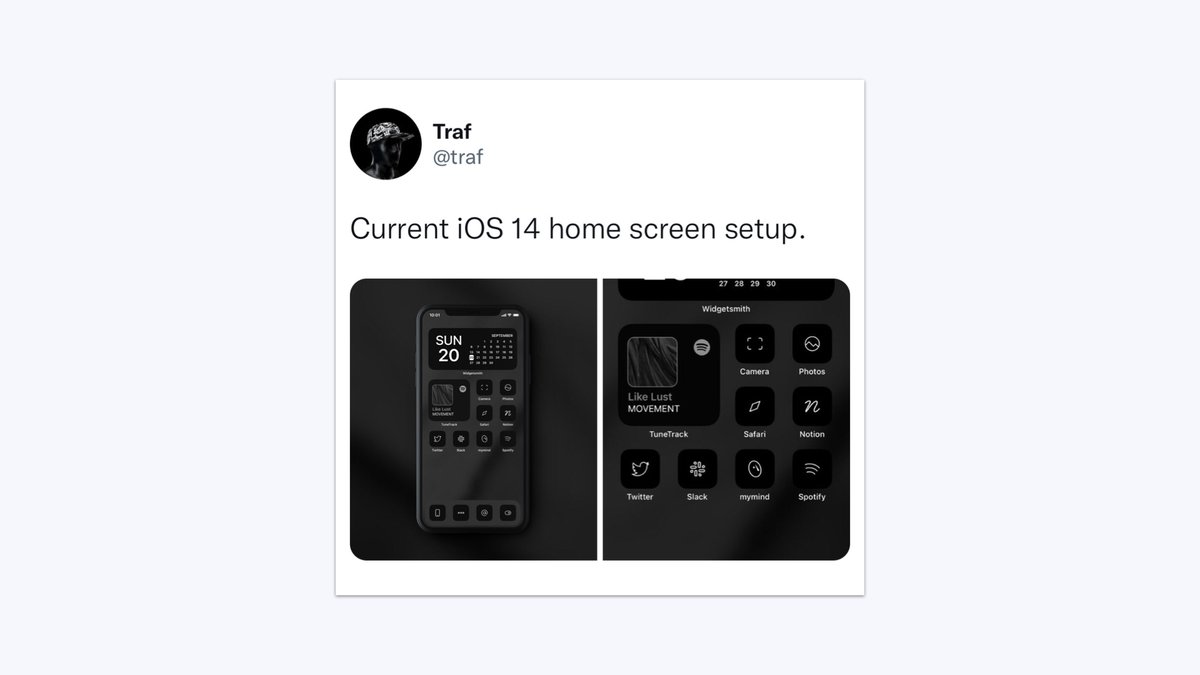 People wanted to know where they could get Traf's icon pack. Traf didn't design his pack with the intention to sell. He was just having fun. However, he decided to capitalise on an opportunity to meet demand by selling a pack of 60 icons. 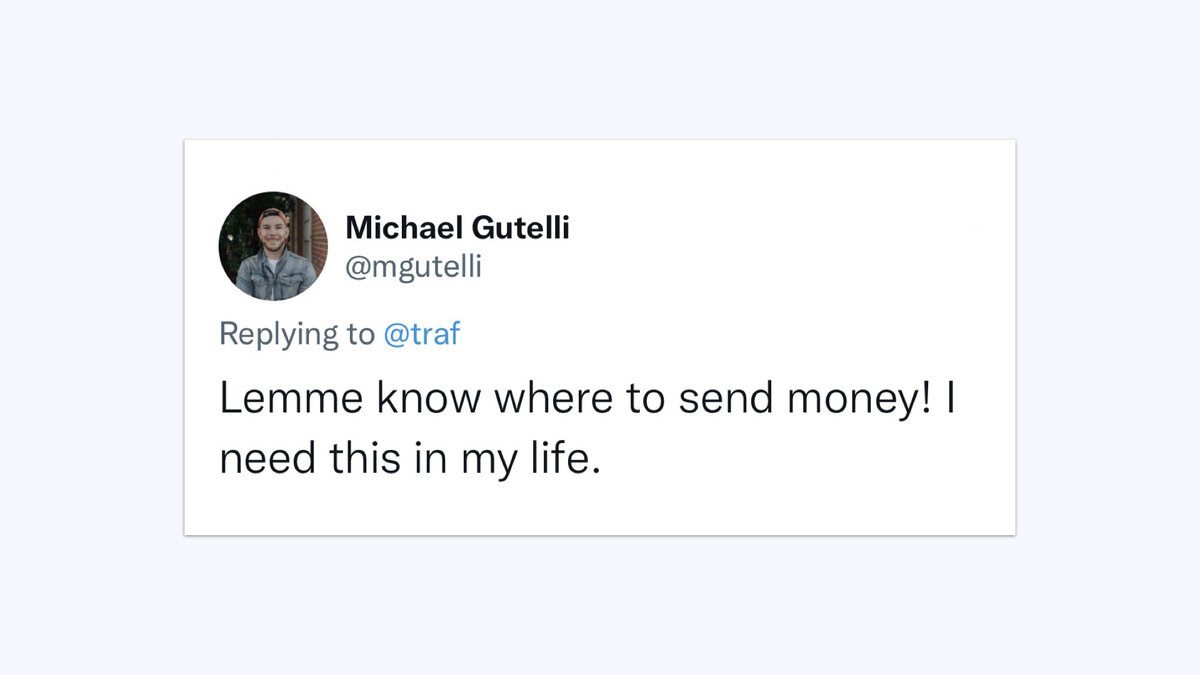 2/ How Traf Built His Idea "Inspiration is perishable - act on it immediately." – @naval The good news was, most of the hard work was done as Traf had already designed the icons. That, of course, put him in a unique position. But he still had to get them ready for sale!
3/ How Traf Sold His Idea Traf used no-code tools to simplify and speed up the process of taking his icon pack to market. Within two hours, Traf created his landing page in @NotionHQ, published using @super_, and integrated @gumroad for payments. Then, he tweeted the link. 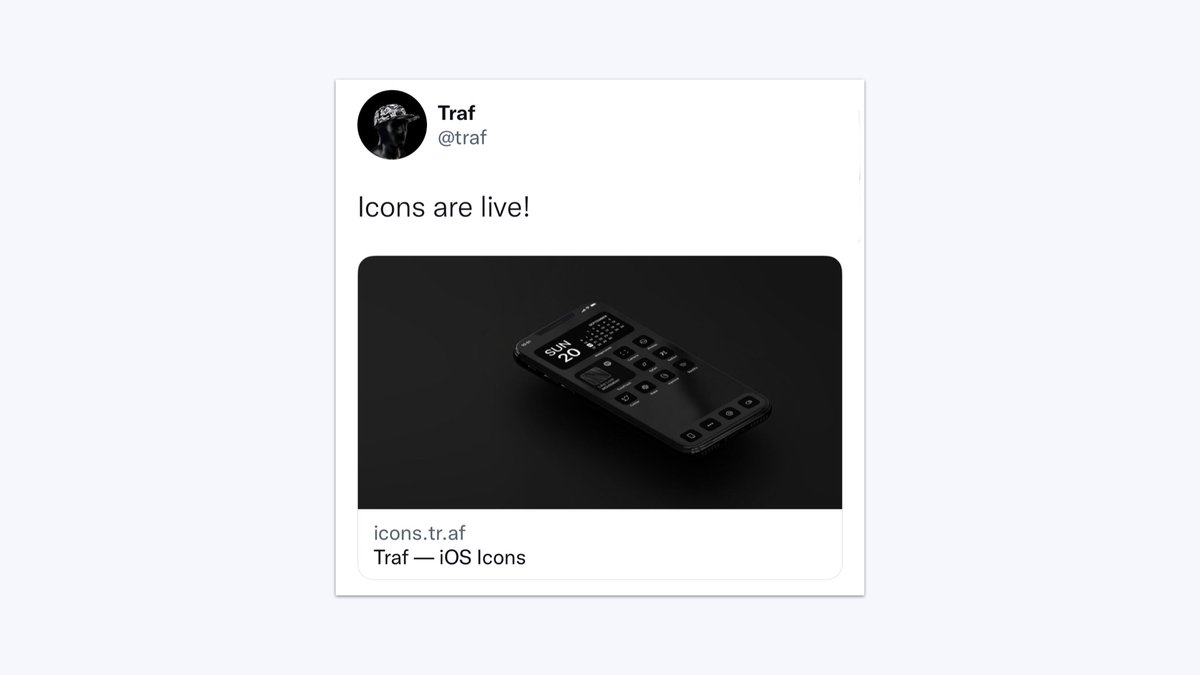 4/ Traf's Success What happened the day after Traf tweeted was exceptional. His tweet achieved 100s of retweets, 1000s of likes, and over 100k impressions – and he had made almost $6k in sales. But it didn't stop there. 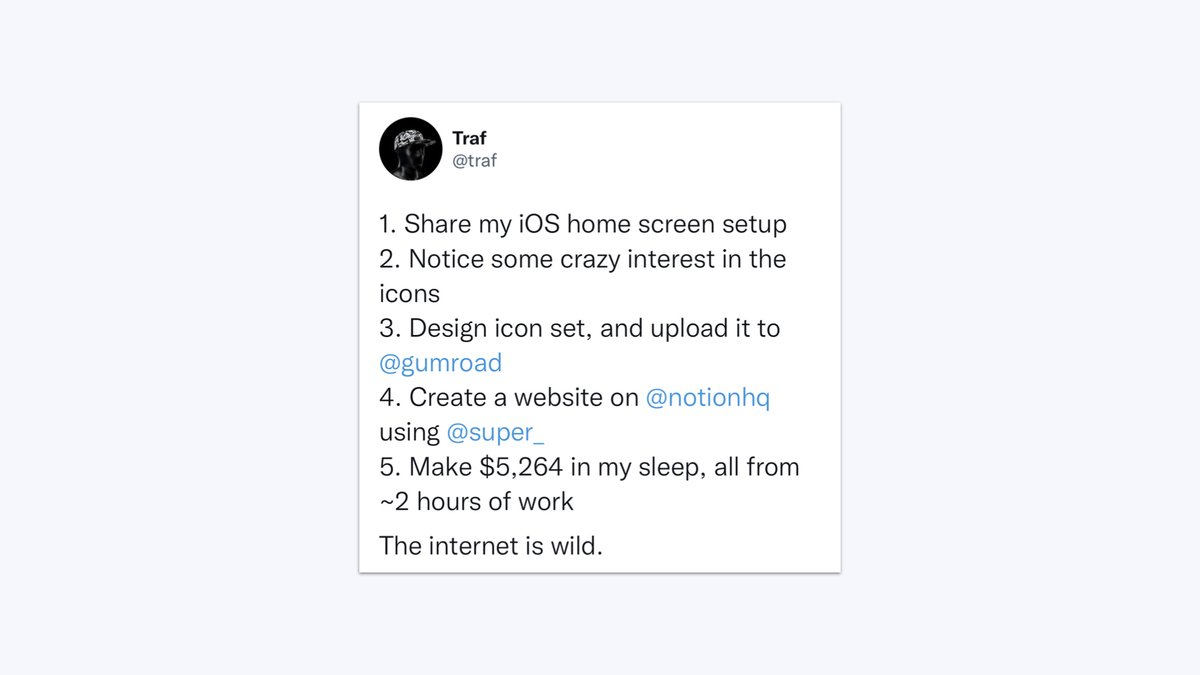 He also won coverage across many notable tech sites. All of that caught @MKBHD's attention, who featured Traf's icon pack in one of his videos. What happened next was even more exceptional. 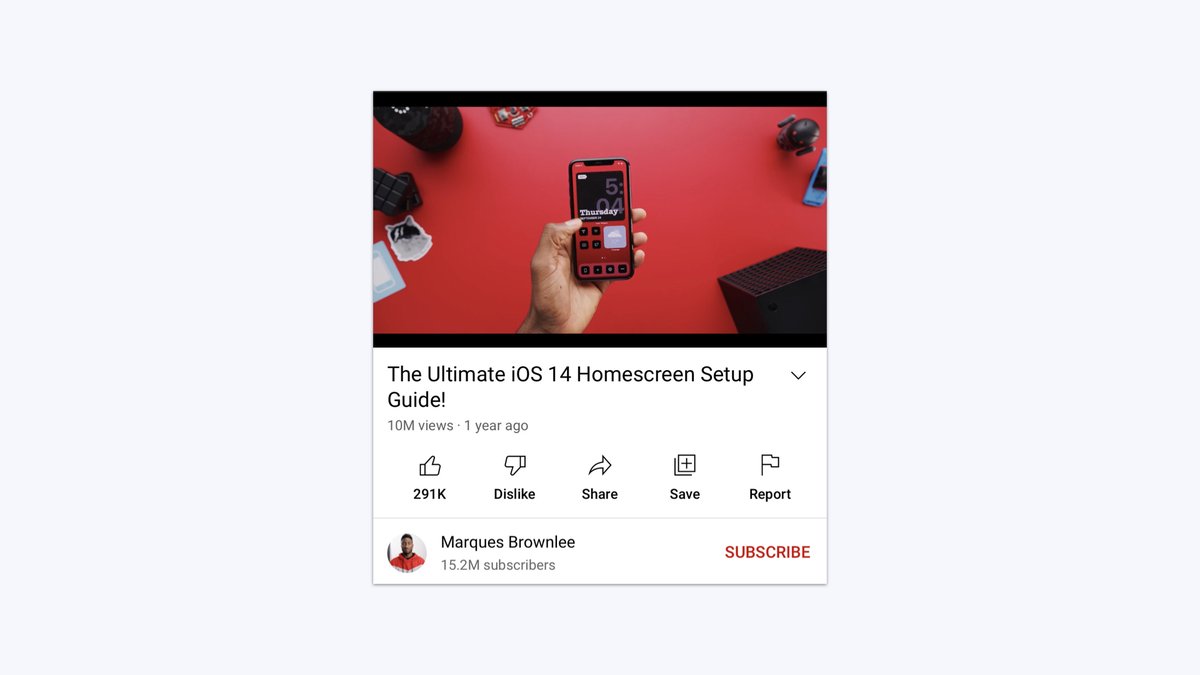 Recognition from @MKBHD and other outlets helped to take Traf's sales from $6k, to around $40k. And then $100k (in 6 days). And then $280k (in a month). And then $400k (in under a year). And still going.
5/ Simplify Like Traf Today, Traf continues to earn passive income from his icon pack. How did he get to that point? ➊ He put his idea out there, ➋ listened to his audience, ➌ and acted quickly. And most importantly, he kept things simple.
Traf could've made more icons and created a more sophisticated experience. But he knew it was more important to keep things simple and act quickly. Had he delayed it, I might not have been writing this thread. But I'm glad it all worked out.
“Simplicity is the ultimate sophistication.” – Leonardo da Vinci
Traf is a digital designer and builder of @super_, @deximal, and @anticollective_. He's one of the most inspirational builders on the internet, and you can keep up with his work @traf. Visit http://icons.tr.af to buy the iOS Icons mentioned in this thread.
Thanks for reading, friends! More stories of amazing simplifiers, like @traf, coming soon. In the meantime, you can read yesterday's story covering the great @aaraalto.

vikrant @vikrantpeliaHow @aaraalto leveraged the power of simplicity to make his first $ on the internet. #MadeWithSimplicity twitter.com

Read Thread
1. Share my iOS home screen setup 2. Notice some crazy interest in the icons 3. Design icon set, and upload it to @gumroad 4. Create a website on @notionhq using @super_ 5. Make $5,264 in my sleep, all from ~2 hours of work The internet is wild. 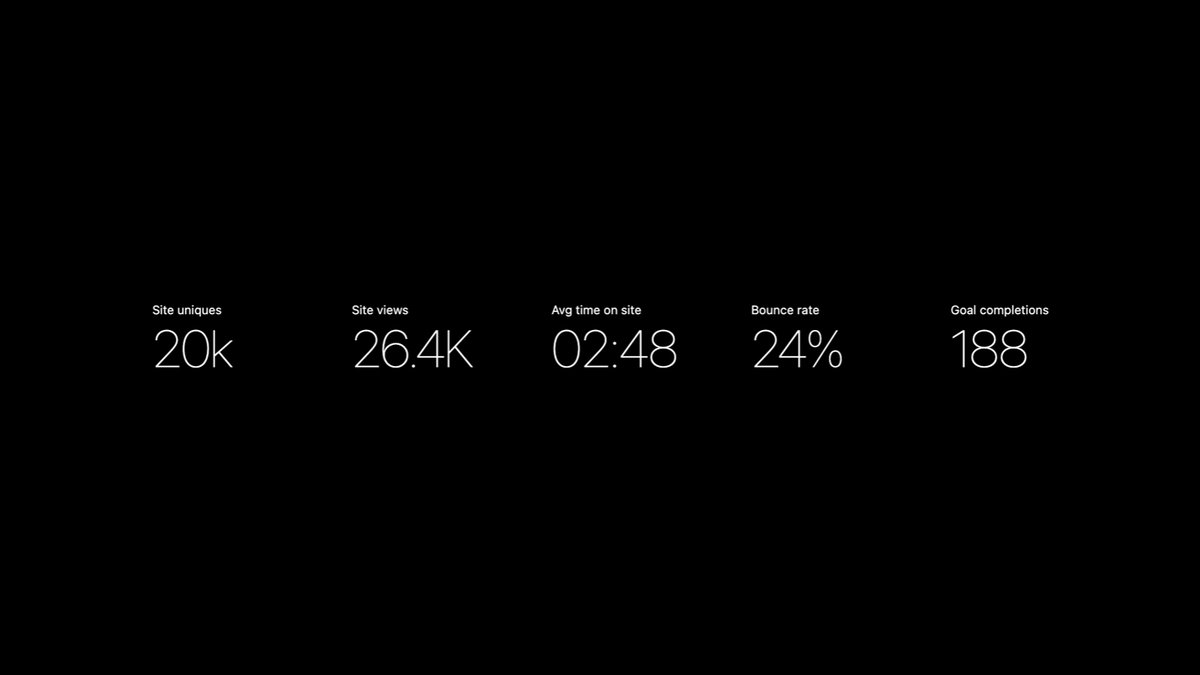 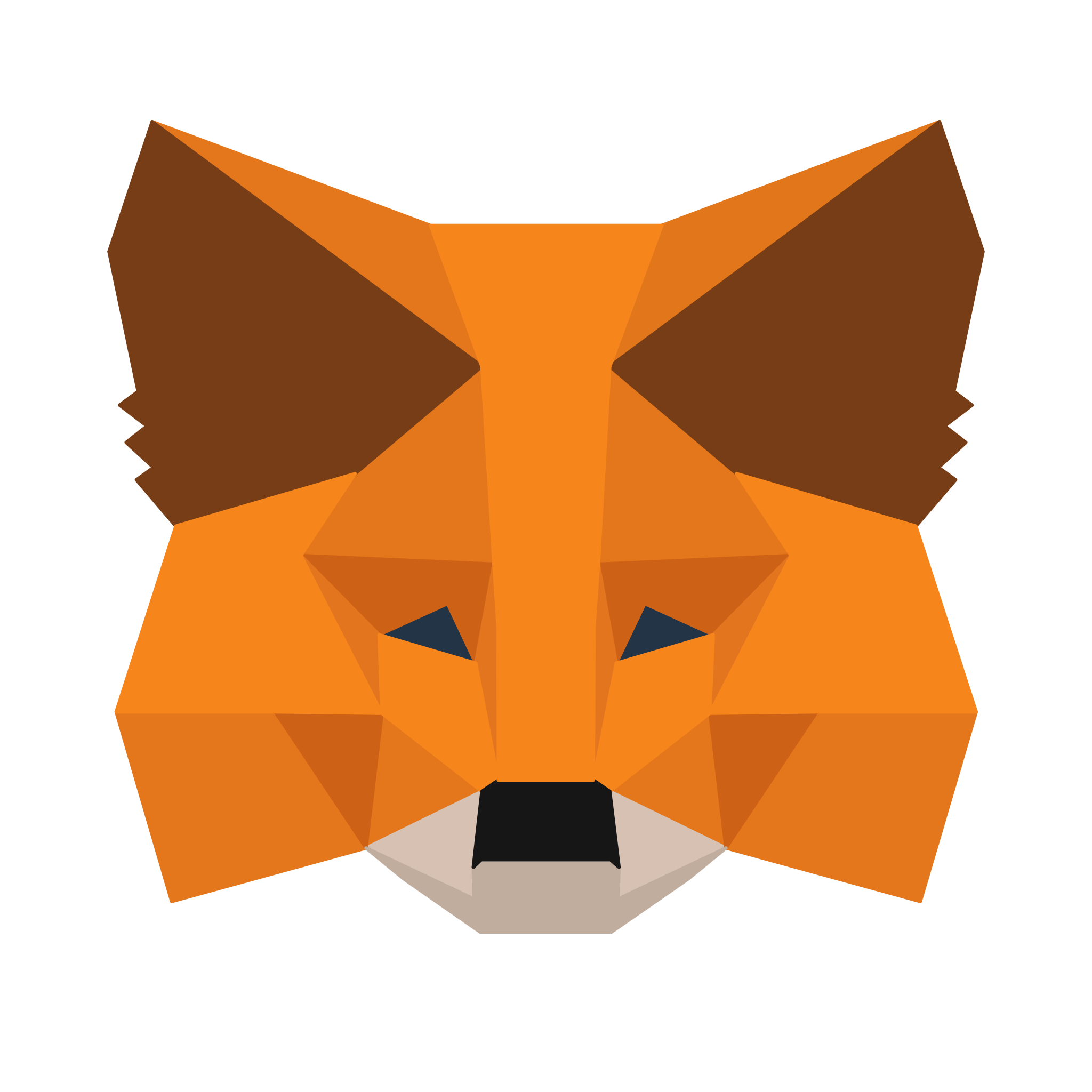 Pay what you can